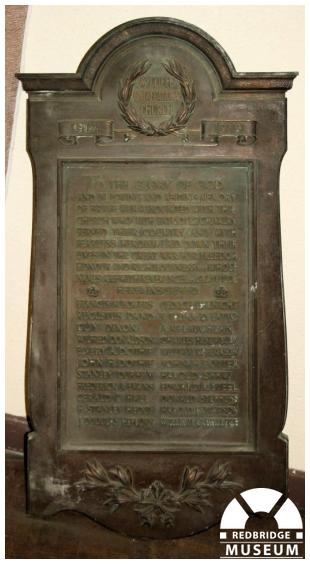 In 1920, a cast bronze plaque was unveiled at Wycliffe Congregational Church to commemorate 22 of the congregation who lost their lives in the First World War.

The names of the dead are presented in two columns and the plaque is decorated with a wreath at the top and floral decoration at the bottom.