The war increased the role of government.

Before the war, there was a widespread belief in Britain that government shouldn’t interfere in people’s everyday lives.

However, when war broke out, the Defence of the Realm Act (known as D.O.R.A) was introduced. Various things which could be used to help the enemy were outlawed.

Later, pub opening hours were shortened to ensure workers didn’t get drunk and miss work. British Summer Time was introduced to lengthen the working day. From July 1915, everyone had to register with the government and receive an identity card. 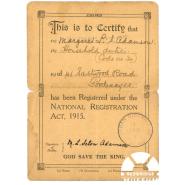 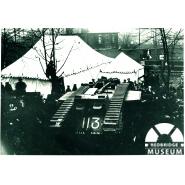 Ilford’s industries were geared towards the production of war materials.

Unlike the small suburb of Wanstead or the rural districts of Woodford, Ilford had several large factories. Some were vital to the war effort, such as Howards Chemical Works. Its quinine, used for the prevention of malaria, was taken by troops serving in the Middle-East and India.

Ilford Council’s workshops made cartridge dies, from which brass cartridge bullet cases were punched or shaped. They supplied 200,000 by the end of the war which was enough for the making of 800 million cartridge cases.

As the war progressed and men left to enlist, women began to replace them in the workforce. A plan for the Ilford Aeroplane Works, for example, shows the installation of new ‘Girls toilets’ for women. Whether the word ‘Girls’ is used in a diminutive way or whether it suggests the young age of the workers is not known.

Conditions were not always pleasant. One local lady, Mrs Symes, had been employed as ‘a doper’ at Sadgrove Aircraft Factory in Chadwell Heath. This job involved applying lacquer that, on drying, rendered the fabric covering of the aircraft body taut, air- and water-tight. The fumes from this lacquer could be fairly noxious. In July 1918, Mrs Symes wrote to the Ministry of Munitions asking for advice as she had been dismissed when off sick for a week, possibly with influenza. It is not known if she received a reply. 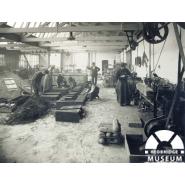 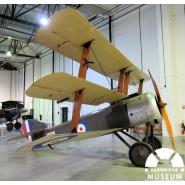 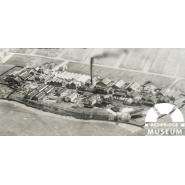 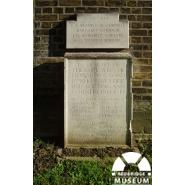 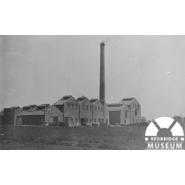 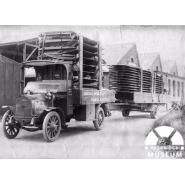 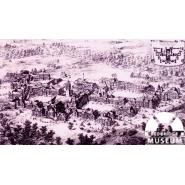 Local women’s lives were affected by the war, although exactly how was often determined by their social class.

Middle-class women, used to organising, set up fund-raising groups such as the Ilford Women’s War Help Society and the (Ilford) United Women’s War Distress Society. The groups sent food parcels and clothes to troops abroad, supported local families in need or made bandages for hospitals. Some well-to-do women also joined the Women’s Voluntary Reserve, which had a unit in Ilford.

Many more women joined the workforce to replace men who had left to fight. They worked in Ilford’s factories or became tram conductors or Postal workers. Other better educated women took clerical jobs while many worked in places such as the Woodford and Wanstead Military Hospital as Voluntary Aid Detachment nurses.

There was some opposition to the new role of women, reflected in local newspaper articles. The issue of pay for unmarried female teachers employed by Ilford Council was also contentious. They were paid less than men since men, so the argument went, had to provide for a family.

Find out more about local women’s contributions to the war effort. 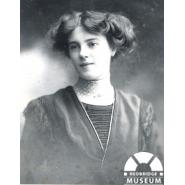 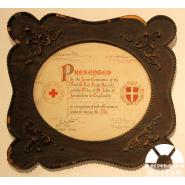 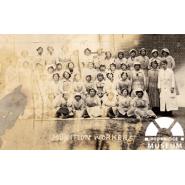 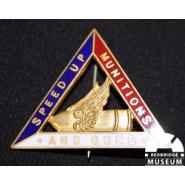 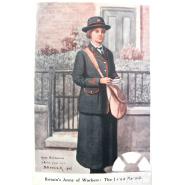 Most schools joined in the war effort.

At Wanstead Church School, girls knitted garments for troops and prisoners of war while Woodford Bridge Girls School sent Christmas presents to the troops in December 1914. In the following May, they along with Ray Lodge School celebrated Empire Day, raising 13 shillings to buy cigarettes for wounded soldiers at the Woodford and Wanstead Military Hospital. Fund-raising was very popular in most schools.

Most schools lost teachers who left to join the army. Some were killed, as were ex-pupils, and their loss was keenly felt as shown by the war memorials in schools throughout Ilford, Wanstead and Woodford.

The war intervened in different ways too in the August holiday of 1915, when 83 Ilford teachers volunteered to collect information from local residents for the National Registration scheme and then to organise it.

In one raid on 17 October 1917 damage was caused to Cleveland Road, Loxford, Uphall, Christchurch, Highlands, Newbury Park, Downshall, Goodmayes and South Park schools. Many children left Ilford at this time to escape the air raids. 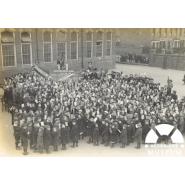 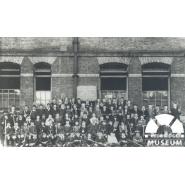 Life for children in wartime was challenging.

Children lost fathers and brothers while working-class mothers took on new jobs. In order to support them a novel solution was found. On 20 January 1917, the Ilford War Day Nursery was opened, funded by local donations and modest fees.

Originally at 140 Ilford Lane it moved to a vacant shop at 6 Ilford Broadway Market in March that year, where it was lent premises rent-free by the local property developer (and later MP for Ilford), Sir W.P Griggs.

By its first year, the Nursery had looked after 2,710 children, which suggests it was welcomed by working-class mothers. It also led to a ‘marked and rapid improvement in the physical condition of the children owing to good food, rest and training in cheerful surroundings’, showing that children in the poorer parts of Ilford were facing considerable hardships. The Nursery closed in June 1919.

Youth and church groups such as the Scouts, Naval Cadets and the Boys Brigade kept busy fund-raising and running errands for local war-related activities.

This included delivering furniture to Valentines Mansion for use by the Belgian refugees and collecting food waste for animal feed.

From 1917, as food grew scarce due to German submarine attacks on Allied food convoys, many children also worked on local farms or allotments.

Gladys Harrison, interviewed by Redbridge Museum in 1999, remembers her father returning to the family home in Manor Park at the end of the war.

‘One evening, it was getting dark. We hadn’t lit the gas. We were sitting quietly together in the sitting room and the door was partly open then we heard a noise in the hallway. Mum, very frightened, said: “Oh, someone’s coming in.” The door was flung open, and in walked my dad.

I can still remember the smell and the rough feel of his khaki uniform as he pressed us to him and his heavy breathing, emotional breathing. I can’t remember anything more after that. I can feel - even at this moment - I can feel that rough khaki on my face as he pulled me up against his coat. Wonderful moment, that was.’ 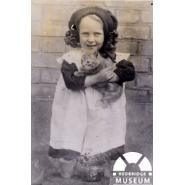 By 1917 the war had become a grim struggle for survival.

To cope with a shortage of farm workers, the Ilford National Part-Time Workers committee was set up in late 1916 or early 1917. Local men (and some women) gave up their spare time to help farmers with ploughing, planting and picking.

German prisoners of war were also put to work on local farms including Fencepiece Farm, Barkingside and Monkhams, Woodford Green.

In February 1918, a food kitchen opened on 110 Ilford Lane. This provided cheap, subsidised meals, primarily for working class families. It both saved fuel and time, especially for working mothers.

In response to the food crisis, the government had rationed butter, margarine, lard, meat and sugar by July 1918, which helped to ensure everyone was fed. 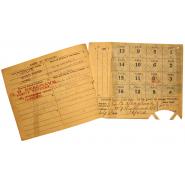 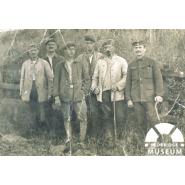