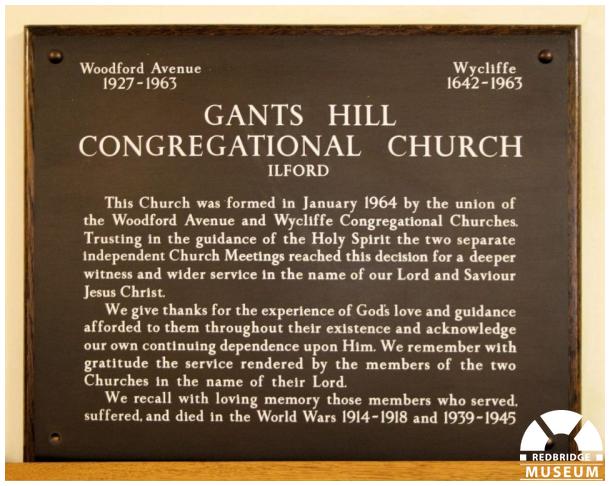 A plaque on display in the vestibule in Gants Hill United Reformed Church commemorates those who died in both world wars. Unveiled on 2nd December 1965, the memorial takes the form of a metal plaque with the dedication in white lettering.