A Land Fit for Heroes

While the fighting raged, many in Britain were already contemplating how society should be shaped after the war.

In October 1916, at a mass rally on George Green, Wanstead, the Bishop of Chelmsford, while supporting the war like other local churchmen, went on:

“We must deal with social questions arising out of the war. It is not right to enlist men from out of the slums only to send them back into them. In the future, we must not let party politics be dragged into the mire by party passions but we must instead consider the general happiness of the nation at large.”

In 1918, as well as the effects of war, local people had to cope with the influenza pandemic which killed upwards of 50 million people worldwide and 250,000 people in Britain.

Local schools were closed for two weeks in October and November 1918 while chemists and doctors were kept busy. The Ilford Recorder newspaper at this time carried reports and obituaries of the dead, several of whom were young parents who left children behind.

Once the fighting had ceased, women were generally dismissed from their wartime occupations, either because they were no longer needed or because men were returning to the workforce.

The December 1918 General Election was the first time women (at least those aged over 30 years old) could vote. Just a few months later, in April 1919, the Ilford suffragette, Ethel Haslem stood along with a colleague as candidates for elections to Ilford Urban District Council. Although they were unsuccessful, it was a sign that the attitude to women in public life was changing, in part as a result of the war.

With continuing food shortages, German prisoners-of-war were used on Ilford farms, including Gaysham Hall Farm, Barkingside, until they were sent back to Germany. 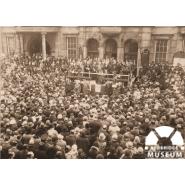 The most pressing problem in the country immediately after the war was the housing shortage. Some Council housing was built in Gants Hill and Woodford in the 1920s but by and large the major developments in the local area were private estates, often with semi-detached houses and all modern conveniences.

Peace in Our Time

In the years immediately after the war, there was an economic slump. There were challenges with getting ex-servicemen into work and unemployment was a serious problem with Ilford Council undertaking various relief schemes for those without work. But by the end of the decade a recovery had begun and generally the 1930s were a boom time for Ilford, Wanstead and Woodford and indeed for much of London and the south-east, in stark contrast to the industrial north of Britain.

Although most people in Britain believed the war had been a necessary one, many were determined it should not happen again.

In 1933, the Ilford Recorder newspaper held a ballot of Ilford residents which supported the ideals of the League of Nations and disarmament. This idea was taken up by the League of Nations Union and a national ballot was held in Britain. An astonishing11.6 million people responded to this, again with a clear desire for peace.

This influenced the government’s policy of appeasement towards Nazi Germany during the latter part of the1930s. One of the few opponents of this policy was the Member for Wanstead and Woodford, Winston Churchill.

The global depression of 1929 and Germany’s perceived harsh treatment in the peace treaties helped the rise of the Nazi party. Although by no means inevitable, the Second World War of 1939 to 1945 had its roots in the First War. 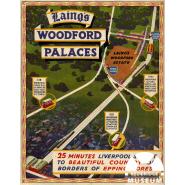 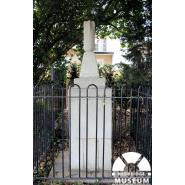 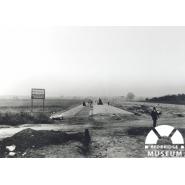