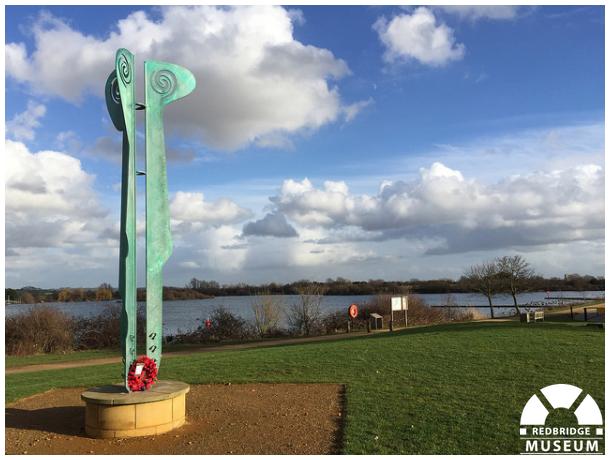 This steel sculpture was unveiled by the Mayor of Redbridge on 11 November 2013 and commemorates those who served at Fairlop and Hainault airfields during the First and Second World Wars. It is also used as a memorial to those who lost their lives while stationed at Fairlop. It was commissioned by Vision Redbridge Culture & Leisure and instigated by the Fairlop Heritage Group.

During the Second World War, RAF Fairlop was located on the current site of Fairlop Waters. The base was operational between August 1941 and the end of the war.

For further information see In the Air