In the twenty years before 1914, Ilford changed from a village to a suburb.

The population exploded from 11,000 in 1890 to 78,000 in 1910. Many of these new residents had moved out from the overcrowded East End or the inner suburbs of London. Others had come from rural East Anglia in search of work, while there was also a thriving Scottish community.

Property developers, such as W.P. Griggs, raced to build new housing for these newcomers, many of whom were lower middle-class office clerks who now commuted to the city on frequent trains.

It is hard now to appreciate what it must have felt like for Ilford villagers to see farmland being swept away for housing in just a few short years. Seven Kings, for example, was largely built between 1898 and 1899 by the developer Cameron Corbett and for a short time it was even nicknamed the ‘Klondike’ after the Canadian Gold Rush region of the time.

Shops, schools, churches and parks were all built to cater for these new communities and several new factories opened close to the river Roding.

In 1894, in recognition of this recent growth, Ilford was granted its own urban district council. To celebrate this achievement, a grand new town hall was built in 1901 and the ambitious council was soon running its own electricity company, parks, schools and tramway system.

Despite all these changes, farmland still occupied much of the north of the borough in Barkingside and Hainault. 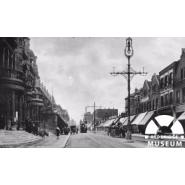 The High Street, Wanstead, about 1910

Wanstead was steadily growing at this time as new suburban housing was built.

Despite this growth, with a population of around 15,000, it was much smaller than Ilford. The compact district still retained many large, 18th century houses and tended to have slightly more affluent residents. It was centred around the High Street with the Green at one end and Snaresbrook and its Great Eastern Railway station at the other.

There were still local people who worked as agricultural labourers, often having moved from East Anglia during the previous century.

Wanstead had its own urban district council and was notable for the two large institutional buildings of the Wanstead Infant Orphan Asylum, Snaresbrook (now a Crown Court) and the Merchant Seaman’s Orphan Asylum (the former Wanstead Hospital). 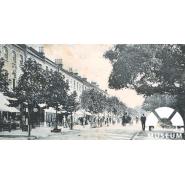 Woodford’s four centres of population still retained a semi-rural atmosphere in 1914, with a combined population of around 20,000.

Particularly along the High Road, there were still many large 18th century merchants’ houses coupled with small workers’ cottages. By 1914 some of the large houses were starting to be divided up as they became costly and harder to maintain, and the wealthy moved out. 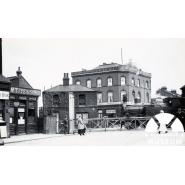