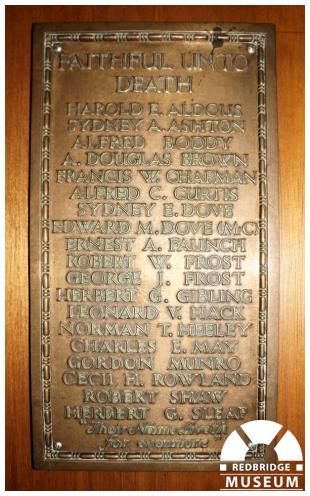 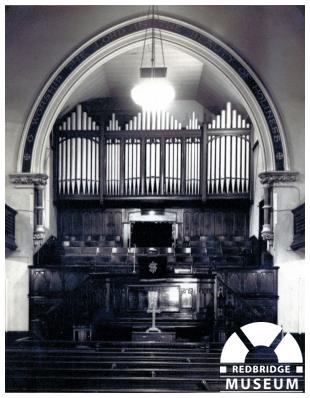 The plaque originally featured as the centre-piece of a wooden Roll of Honour which was displayed below the pulpit at Ilford High Road Methodist Church (see photo 2 of the plaque in situ, around 1950).

The whereabouts of the wooden Roll of Honour, of which the plaque formed the centre-piece, remains unknown.

Although the plaque does not bear the church name, church member Martin Fairhurst has been able to ascertain that some the names of those who died in the war match those of some of families of the congregation.