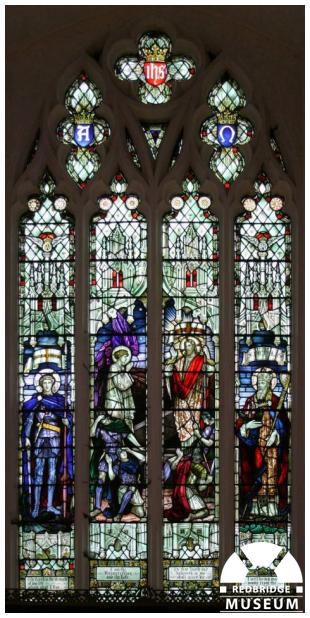 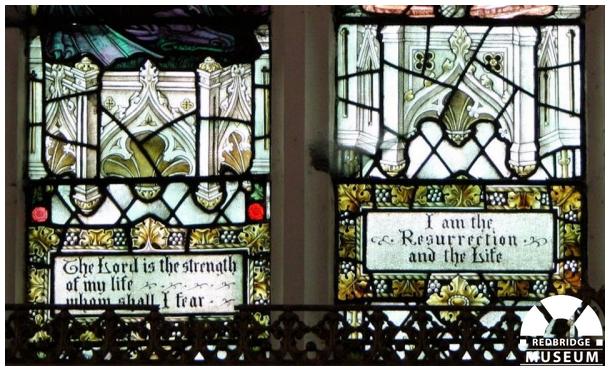 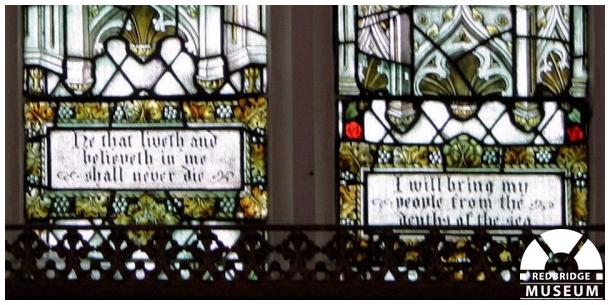 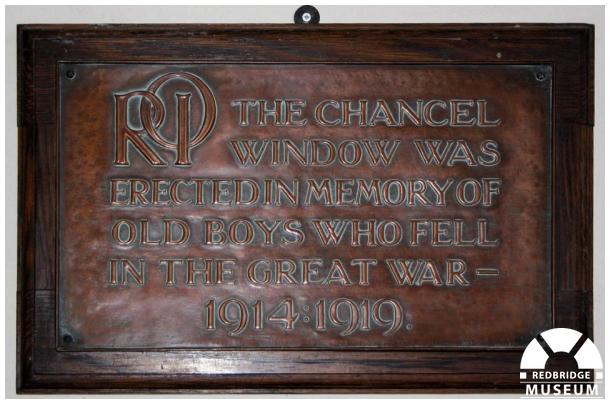 The four stained glass chancel windows in the chapel at Snaresbrook Crown Court are dedicated to the memory of former pupils of the Infant Orphan Asylum who died in the First World War. The dedication appears on a small metal plaque displayed on the wall to the left of the altar.

St. George, as the warrior patron saint of England, and St. Nicholas, known for charitable works for children (and the origin of Father Christmas) are an appropriate choice for the Infant Orphan Asylum.

Opened in 1843, the Infant Orphan Asylum in Wanstead was part of a charitable institution to care for orphaned children descended from so-called ‘respectable’ families, usually those from middle-class backgrounds who had fallen on hard times. The school was later renamed The Royal Wanstead School and closed in 1971. It is now Snaresbrook Crown Court.