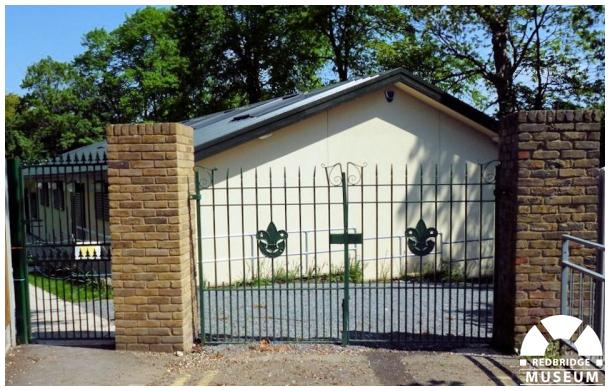 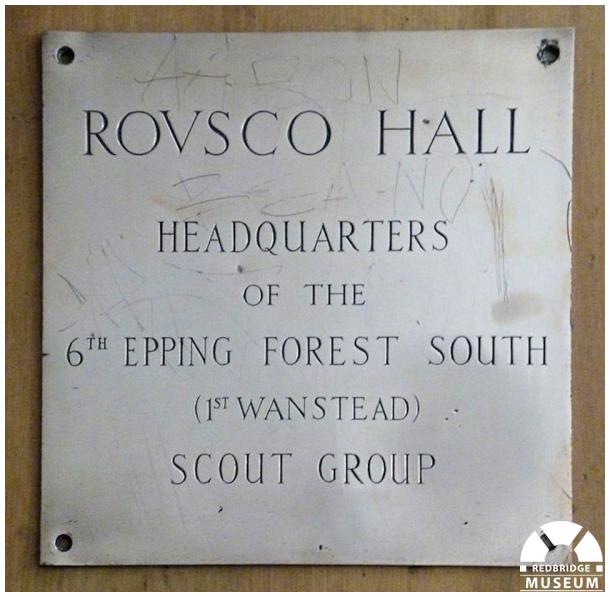 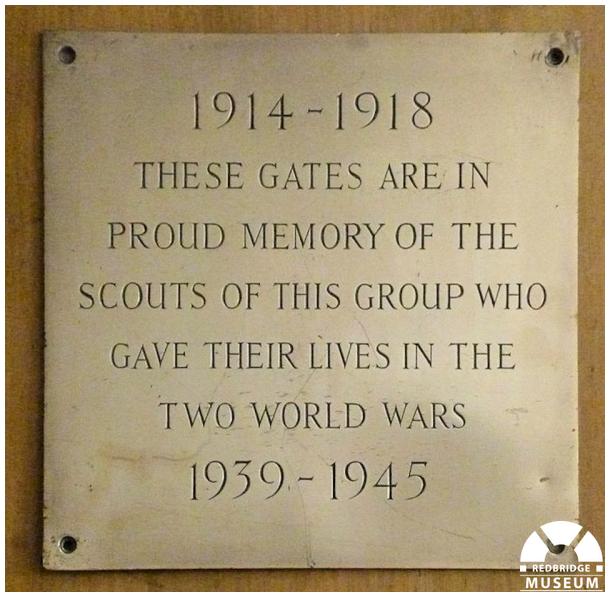 The entrance gates to Rovsco Hall (now Epping Forest South District Scout Headquarters) were commissioned in the early 1960s to commemorate the Scouts of the 6th Epping Forest South (1st Wanstead) Scout Group who lost their lives during the First and Second World Wars. The gates, which are decorated with the scout fleur-de-lys, are accompanied by a pair of brass plaques which feature a dedication to those who lost their lives.