Edward Savereux served on both the Western Front and Mesopotamia (present-day Iraq).

Edward was a 25 year old London office worker when he enlisted on 3 September 1914. This was a crucial time as the British army had just retreated from Mons, Belgium, under the weight of the first German onslaught. Thousands of ordinary men like Edward rushed to volunteer at this moment of danger.

Edward joined the London Scottish, a battalion of the London Regiment. Although he had no Scottish connection, it is possible he joined up with friends or work colleagues which was common at the time.

In September 1915, the London Scottish fought at the battle of Loos, Belgium, which was the first major battle for volunteers like Edward. There were 61,000 British casualties with 7,766 deaths.

Edward’s skilled professional background and the high death rate of regular army officers, meant he was promoted to an officer in June 1916. He went on to serve in Mesopotamia until the end of the war.

In 1935, Edward moved to a newly built house in Earlswood Gardens, Clayhall, where he lived for the rest of his life with his family. Edward kept a variety of mementos of his war service, now with his daughter, that provide insights into the war not only on the Western Front but also the more forgotten conflict in the Middle-East.

Edward took many photographs of India and Mesopotamia. 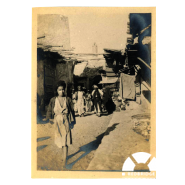 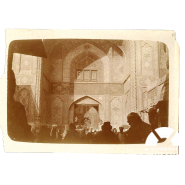