© With thanks to Brian Wingate, Amanda Stacey and Simon Parker-Galbreath.

In 1915, aged 25 years old, Christopher voluntarily enlisted in the 1/25 County of London Cyclist’s Battalion, The London Regiment. From 1916 to 1919, he served in India where his battalion helped to defend the North-West Frontier (now in Pakistan) against Afghani Mahsud tribesmen.

Christopher was also a keen amateur musician and took part in concert parties to entertain the troops.

His letters and photographs provide a vivid record of his time in India. In one letter to his parents, dated 4 July 1917, Christopher wrote of the harsh reality of fighting:

‘The Mahsuds, who are a powerfully built race, also suffered a good deal and had to leave several of their dead where they fell, a thing they don’t like doing as the Gurkhas [soldiers from Nepal who serve in the British army] burn their bodies to prevent them from going to Paradise. I’m not going into more details but I can assure you it was a most gruesome scene…’ 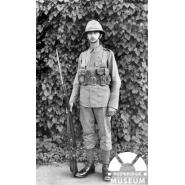 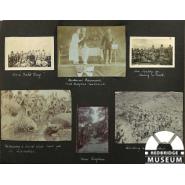 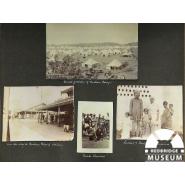 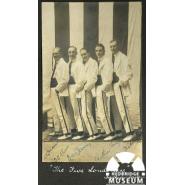