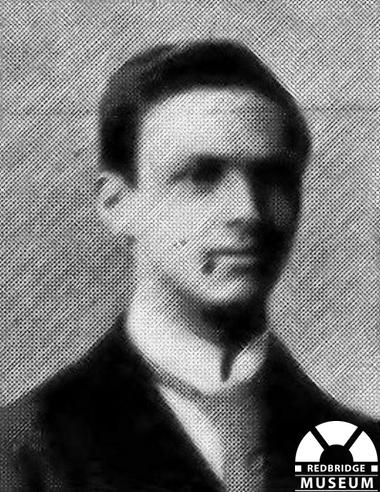 Wilfred Ashton Piercy was born in Canton China in 1880. He was the oldest of four children born to George and Annie Marie Piercy. George Piercy was a Wesleyan Minster and the founder of Wesleyan Missions in China. Annie Piercy supported her husband during their time in China and when back in England (according to the 1901 census) she was a Elocutionist lecturer. George was 19 years older than his wife, (he also had five children from a previous marriage), and he was 51 when Wilfred was born.

Wilfred had two younger sisters and a younger brother. Lillian was also born in China but Arthur and Annie were born in London. Unfortunately Annie died in 1885 less than a year old, whilst Arthur died in 1893 aged 10.

Wilfred was educated at various boarding schools in England, and went on to complete teaching training at Borough Road Training College, Iselworth. He was undergoing his training during the 1901 census and he is reported as living with his parents and sister at ‘Cathay’ Cambridge Road, Wanstead. During his training that he obtained a Scholarship for a year at L’Ecole Normale, Rouen. Wilfred graduated with an MA and he was subsequently appointed French Master at Huntington Grammar School in 1908.

After teaching as a Sixth Form Master in Kent, Wilfred obtained a post at Whitechapel Foundation School in 1911. The following year Wilfred joined the 17th London Regiment as 2nd Lieutenant (29th March 1912). He was promoted to Lieutenant on 4th December 1913, the same. At the outbreak of war in August 1914 Wilfred volunteered for Imperial Service. He served with the expeditionary force in France and Flanders from 9th March 1915. While in command of a detachment, during the battle of Loos, Wilfred was shot and killed by machine gun fire on the 26th September 1915.

Along with Douglas Haydn Garner, Herbert (Hubert) Septimus Ray, and Herbert William Robinson he has a window dedicated to his memory in Wanstead Methodist Church.