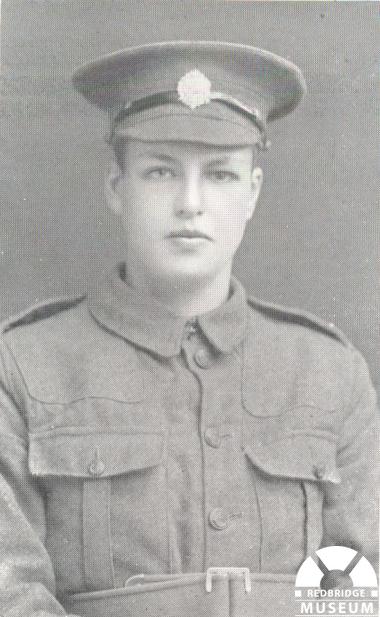 Philip was born on 7th November 1895 and he attended Ilford County High School between 14th September 1909 and 30th July 1913. His elementary school was Highlands School in Ilford. In 1913, he passed his Oxford Senior Local Examination and left school to take up a post as a commercial clerk.

Philip was the youngest of Edward and Kate Anderton’s ten children. His father was a travelling salesman, selling machinery.

Philip served with the 2nd/5th battalions of the London Regiment (London Rifle Brigade and died on 31st October 1917 during the Third Battle of Ypres. He is commemorated on the Tyne Cot Memorial. Corporal Anderton’s death was reported in the Spring 1918 edition of the school’s magazine, Chronicles. The following letter from Captain, H. G. Wilkinson of the London Rifle Brigade to his widowed mother was included:

“I very much regret having to inform you that your son, Corporal Anderton, of my Company, has been killed in action, leading his section like the splendid fellow he was. I am afraid this will be a sad blow to you, and I write to tender you my very sincere sympathy, in the hope that your pride in knowing how he fell and how we valued him may help you to bear the bitter blow. His example was always of the best; he was one of the foremost of my N.C.O.’s and twice recently since the battle of October 20th I was glad to be able to promote him. These gaps are very, very difficult to fill; it is always the best men who go, and we who are left feel their loss much more than we can express. The old magnificent battalion that came out is sadly thinned now; two others and myself are the only remaining officers, whilst of the N.C.O.’s and men very few remain, and to us the new drafts are never the same as those boys, our old comrades of England…”

The editor and headmaster added that Philip was ‘a gallant young athlete.