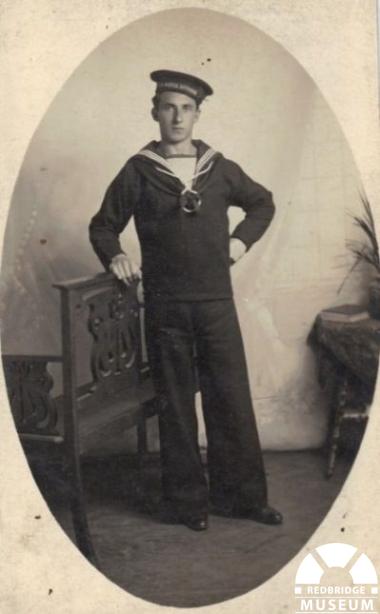 Percy Armstrong was the 690th boy to register at the Ilford County High School. He joined the school on 1st July 1903 and was removed on 8th July 1904, thus only attending for the equivalent of Year 7. Previously, he had attended Christchurch Road School.

He lived with his father, Robert, a journalist and mother (Emily) and two brothers in Balfour Road.

According to the School magazine, Chronicles, Percy was right beside his brother, Edgar when he died at Gallipoli on 4th May 1915;

‘Just as Percy had wormed his way across an open plateau with some rations and had reached his brother’s side in the trench, a sniper’s bullet, evidently intended for Percy, killed his brother instead.’

Percy was invalided home shortly afterwards, with dysentery. He made a good recovery and was soon a member of the crew on board the ‘Indefatigable,’ alongside fellow Old Boy, Oliver Cocks. The ship was sunk at the Battle of Jutland on 31st May 1916, Percy drowned; this left only one Armstrong brother alive, George.

In May 2015, William Cuthbert, nephew of Edgar and Percy Armstrong, visited the school and shared the above photograph.

Thanks to William Cuthbert