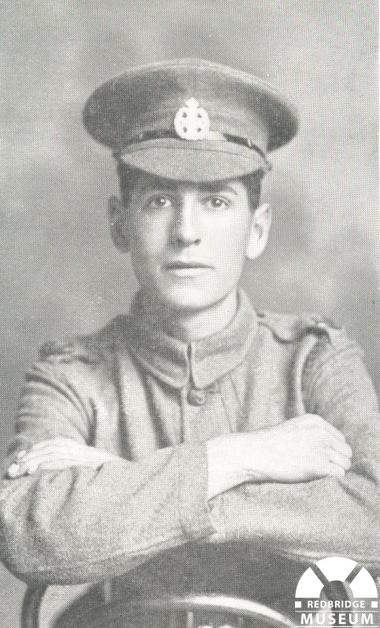 Leonard was born on 30th January 1899 and he attended Ilford County High School between 12th September 1911 and 7th July 1914. Prior to this, he had been a pupil at Loxford Elementary School, Ilford.

His family lived at 18 Albert Road, Ilford. His father, George, worked as a greengrocer and a gardening contractor. His mother’s name was Elizabeth. She died sometime between the 1901 and 1911 censuses. He had an older sister, Edith. In 1911, he lived with his father and younger brother, Clifford, with an uncle.

Upon leaving school, Leonard took a post as ‘Boy Clerk’ in the Civil Service.

He enlisted in Stratford and served as a Private with the 1st/8th Battalion of the London Regiment, also known as the Post Office Rifles, (Service No. 375078). He was presumed dead on 22nd March 1918. He is commemorated on the Pozieres Memorial.