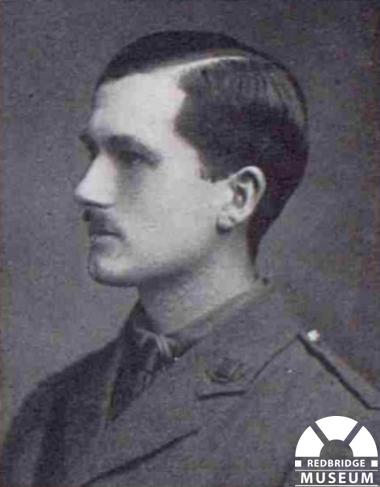 Horace Edward Griggs was born in 1890 to Philip Edward Griggs, a cheesemonger, and his wife, Emma Lydia Sherrard. Horace was the youngest of four children; he had two older brothers, Albert (b.1879) and John (b.1882), and an older sister, Edith (b1883).

The family were living together in Bethnal Green at the time of the 1891 census. When Horace was five, his father died, leaving his wife Emma as head of the family. According to the 1901 and 1911 census, Emma and her children lived at 37 The Drive, Ilford. In 1913, Horace’s mother Emma also died.

According to the Ilford Recorder, 15th October 1915: ‘Horace was of remarkably fine physical build, being 6ft. 2ins in height, and proportionately developed. He was also a ‘very lovable young fellow, a most loyal friend, scrupulous and conscientious to the last degree, and an ardent churchman’. Horace taught a Sunday school group at St. Andrew’s Church, Ilford, and at the Beehive Mission. While at Oxford University, Horace took the lead in many of his college societies, and was the President of one of them. He also rowed in the college Eights.

He was due to graduate at the Christmas of 1914, but the interruption of the war prevented this. Horace was planning to enter St Stephen’s House, a theological college, with a view to Holy Orders, but when the war broke out he applied for and secured a commission in the army.

He was trained at Churn Camp, Berkshire and later at Shorncliff and Aldershot, and was in charge of the snipers of the battalion. Horace was part of the 9th Battalion, Essex Regiment who he left for France in May 1915. He would go on to attain his captaincy in July of the same year.’

In a letter to Horace’s brother, which was reprinted in the Ilford Recorder on 15th October 1915, Lieutenant P. Brooks wrote: ‘In the early morning of 5th October 1915 Horace stood up in the place where he had been sleeping, and was immediately shot through the head. He became at once unconscious, and an hour later died without regaining consciousness. His death was happily painless.’

Lieutenant Brooks concludes his letter by stating that the troops buried Horaces’s body close to the trench and marked it with a mound, though no cross was available. Brooks promised that he recorded the exact burial place of Captain Griggs and intended to return with a cross once he was able. Along with his letter, Brooks sent back Horace’s ring to his brother.

Horace Griggs was the nephew of Sir Peter Griggs, the local property developer who had built much of Ilford in the years before the war and who became Member of Parliament for Ilford from 1918 until his death in 1920. During the war, Sir Peter and his wife Georgina helped to raise money for various causes, including the Ilford National Kitchen, and provided premises for a nursery which helped with childcare for young mothers who were undertaking war work.