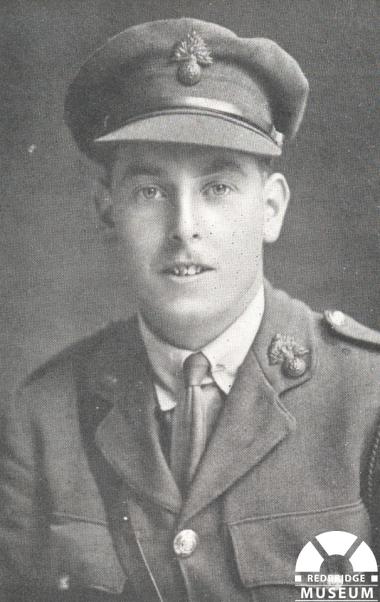 Horace was born in West Ham on 7th October 1894 and attended Ilford County High School between 8th September 1908 and 21st December 1909. Previously, he had studied at Cleveland Road Elementary School and a school in Benfleet, Essex.

His father was a commercial clerk, Ernest, and his mother was Amelia. He was one of eight children, the second son of four brothers. In 1901, the family lived in Balfour Road. However, by the time that Horace joined the school, they had moved to Dunkeld Road, Goodmayes.

In the time between leaving school in late 1909 and joining the army, Horace worked as a clerk in a bank.

The Chelmsford Chronicle recorded on Friday 31st August 1917 that, ‘Captain Horace Edward Gretton of the London Regiment (1st/2nd Bn Royal Fusiliers), second son of Mr and Mrs Gretton, Goodmayes was killed in action on August 16th, aged 22.’  His body was not recovered and so his name was recorded on Panel 52 of the Menin Gate in Ypres. Sadly, his younger brother, Douglas was one of the many men who died on the first day of the Battle of the Somme.

His older brother, Ernest, had been invalided home with frost-bite in early 1915 whilst serving with Queen Victoria’s Rifles.