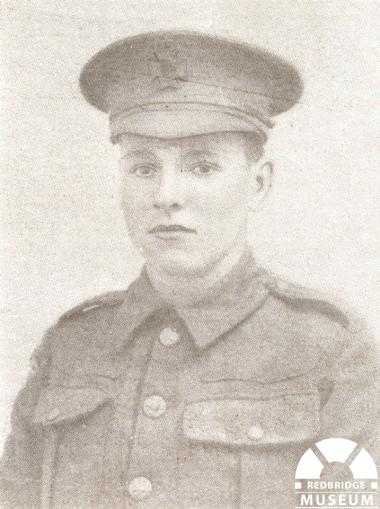 Herbert’s father, Wallace, was an assistant schoolmaster. His mother, Emma, looked after Herbert and his four siblings. The family lived at 112 Blythswood Road, Ilford in 1911. Two of his sisters worked as dressmakers.

Herbert was a rifleman with the Queen’s Westminster Regiment (service number 554843). He died on 27th November 1917, aged 19 and was buried in Louverval Military Cemetery in Doignies (Grave B.9).

The school magazine, Chronicles, reported in Spring 1918, ‘Private H. Phipps was killed…assisting his captain to set up a Lewis gun when they were both hit by shrapnel. An only son- the pity of it!  He was deservedly popular at school.’