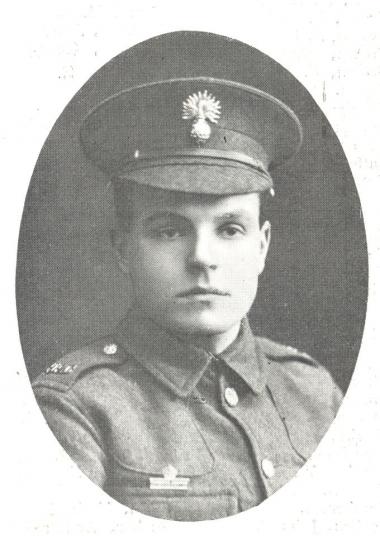 Charles was born on 4th March 1891 and he attended Ilford County High School from 1st July 1902. Previously, he had been a pupil at Christchurch Road School. His father’s name was Edward and his family lived at 156 Balfour Road in 1902.

Charles’ army record is very revealing about his family background and military career. He enlisted on 17th February 1915, aged 23 years and 11 months. At the time, he had been living at 7 Castleton Road, Goodmayes. He joined the Honourable Artillery Company Territorial Force (service number 3139) as a private. However, he rapidly achieved promotions; first to the rank of Corporal in July 1915, before rising to Lance Corporal in February 1916 and Acting Corporal the following month.

His service record notes that he had six brothers and three sisters. Four of his brothers (Henry, Ernest, Sidney and Herbert) were also serving on the Western Front in France. Henry and Herbert were wounded as a result.

The most interesting insight into Charles’s time at the front comes in the form of a list of his effects (which were returned to his family in December 1916). When he had died, he had in his possession the following items; Disc, letters, pocket case, photos, wristwatch, strap and protector, scissors, scripture book, razor in case, strop for sharpening a razor, papercutting knife and a muffler.