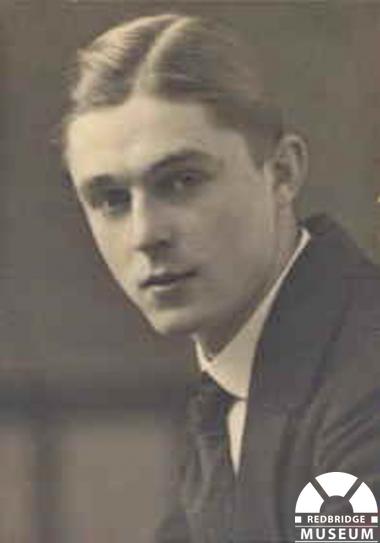 Augustus was born in Dalston, East London on 20th September 1892. He was one of William and Susan Balaam’s five children. The 1901 and 1911 census show that the family were living at 524 High Road, Goodmayes.

After leaving school in 1905, Augustus followed his father into the tailoring trade and became a trimmer. In August 1912, he is reported within the Chelmsford Chronicle newspaper as having pleaded guilty to driving a motor cycle without a light to illuminate the identification plate. According to the report, P.C Moss spotted him at Bochum on August 5th 1912, called out for him to stop and he instead increased his speed. The policeman chased him on his motor cycle for 2 or 3 miles before he stopped. As a result, Augustus was fined 10 shillings (50 pence) which was about a third of a trimmer’s weekly wage.

In the war, he rose to the rank of Lieutenant in the 5th Battalion Suffolk Regiment and newly formed Royal Flying Corps. He died, aged 25 on 24th October 1917. Unlike many of the casualties on the school memorial, he had married before the war and so left a widow, Ellen. He was buried in Aubigny Communal Cemetery Extension in Pas-de-Calais (VI. H. 12).