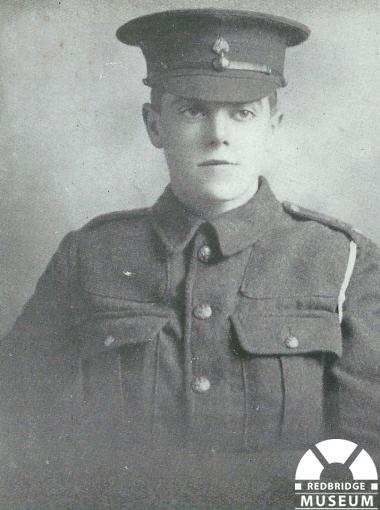 Arthur Lacey Cross was born in Stepney on 17th July 1895 and was the son of Henry John Lacey Cross and Amelia Cross. He had an older brother, George and two sisters, Dorothy and Edith. They lived at 17 Dalkeith Road, Ilford in 1911. His father worked as a railway clerk.

He attended Ilford County High School between 16th September 1907 and 18th July 1911, having joined from Cleveland Road Elementary School. When the Cleveland School War Memorial was revealed from behind the wooden panelling in the main school hall in 2011, his name was included. Whilst at Ilford County High School, Arthur passed the Oxford Junior Local examination with 1st Class Honours and the London Matriculation examination and gained a 1st Class Honours in Freehand Drawing. In 1909, as a student in Form Ia, he won a school prize at the annual prize-giving ceremony. However, he appears to have continued his studies into the Sixth Form and received prizes in 1912 for English and Modern Languages. He left school to take up a post as a clerk for the Port of London Authority.

Arthur is recorded on the first Roll of Honour (in the Christmas 1914 Chronicles magazine). He served with the 7th battalion of City of London Regiment, having enlisted at Sun Street; his regimental number was 2867.

By the summer of 1915, Arthur was detailed as a sniper and it was reported that, ‘up to present sport has been poor, but he hopes for the best.’ Sadly, he died of his wounds, soon after this, on 27th September 1915, having recently turned 20 years old.

Corporal A. E. Macey, mentioned Arthur in a letter to the school in late 1915;

‘Tonight we have received sad news from Ilford, telling of the death of poor old Arthur Cross. I was probably the last O.P. (Old Parkonian) to see Arthur, having called upon him some twelve hours before the attack. He informed me he had been selected as brigade runner. He was as cheerful as ever- just the same Arthur we all know so well, and he left me with the usual “Cheer oh! Up and over, and the best of luck.”’