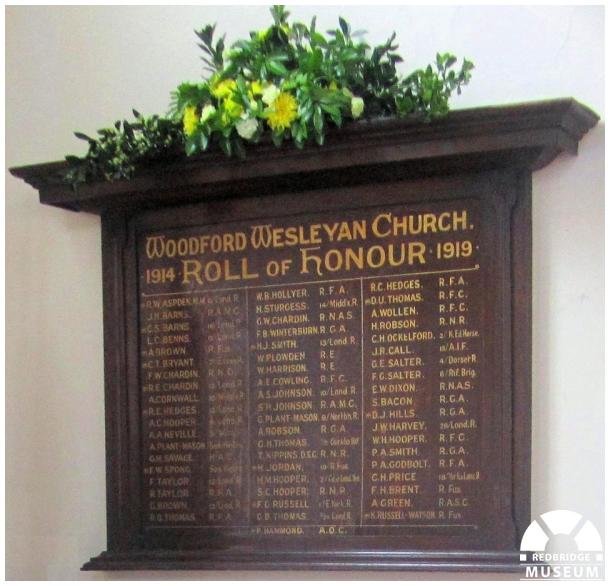 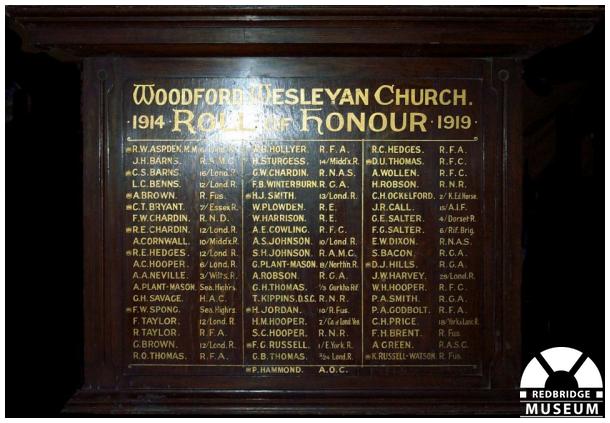 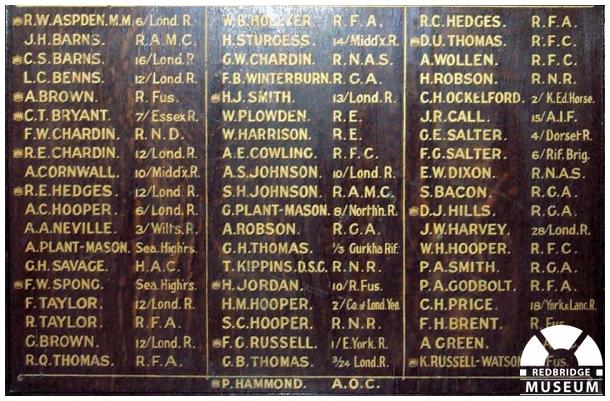 Percy Hammond’s name appears to have been added to the bottom of the panel, outside of the main list of names. Although Percy survived the war, he died in 1920, most likely of war related injuries or disease. His name does not appear on the Woodford Wesleyan Church Tablet and it is likely that this memorial had already been finished by this time and could not be modified.

After some time in storage, the board was mounted next to the Woodford Wesleyan Church Tablet to the left of the church altar.

The foundation stone of the Woodford Wesleyan church was laid on 15th July 1876. The church was complete by the end of that year. The service for the official opening was on 9th January, 1877. The church later changed its named to Woodford Methodist Church in 1932.