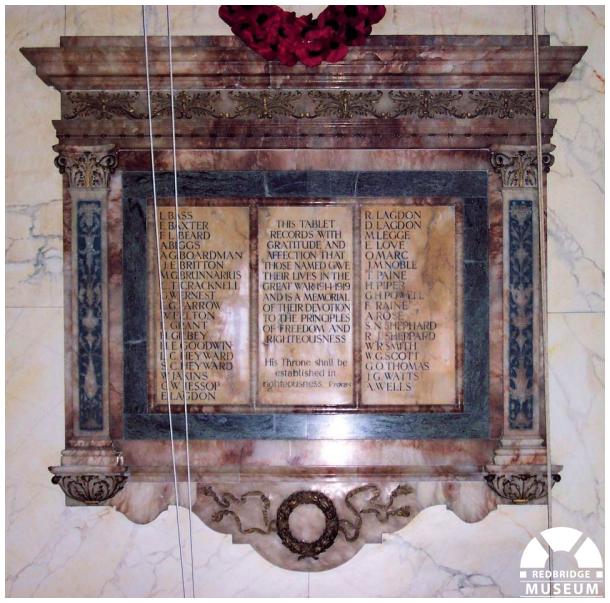 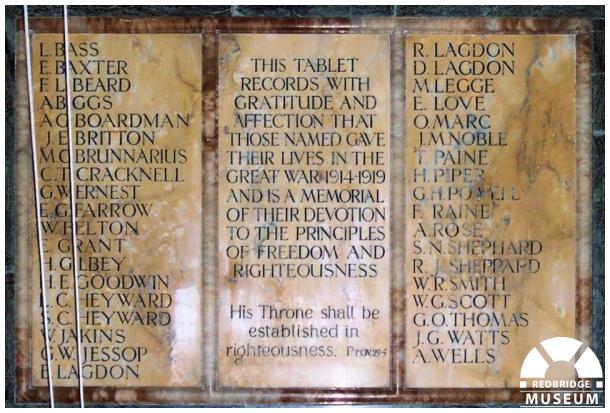 The Woodford Union Church memorial takes the form of a large marble tablet, which records the names of 37 men of the church who died during the First World War. The tablet is divided into three sections surrounded by an ornately carved marble outer frame. The top of the frame is decorated with a strip of gold acanthus leaves, and the bottom features a wreath in gold.

A dedication to those who gave their lives is featured in the central section and the names of those who died are presented in the panels on either side.

In 1946, the Woodford Union Church merged with the Woodford Congregational Church, whose building on Broomhill Road, Woodford Green, had been irreparably damaged during the Second World War by a flying bomb on 26th June 1944. The new organisation was subsequently renamed Woodford Green United Free Church. The memorial tablet is displayed inside the church to the right of the altar.

The History of the Woodford Green United Free Church by R.L. Galey. (1968)