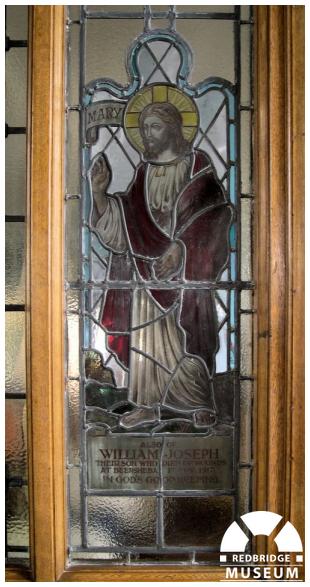 William Joseph Whyte’s memory is commemorated with a stained glass window which was originally installed at St. Andrews Presbyterian Church in Goodmayes Road.

The windows were fitted into an existing glass screen in 1974, which was positioned between the lounge and the vestry.

As a result of declining congregation numbers, St. Andrew’s United Reformed Church closed its doors on the 8th October 2006 and the building was demolished the following year. The windows were returned to the Whyte family for safe keeping.