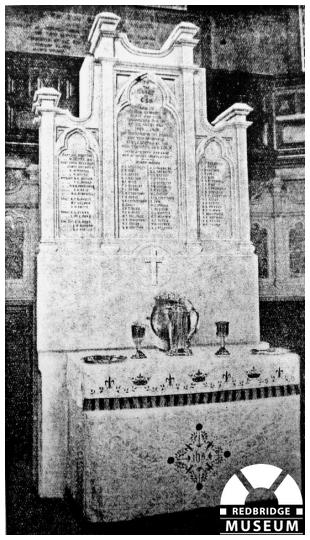 The church closed in 1959 and was subsequently demolished but services continued to be held in the adjoining hall and the marble memorial was deliberately smashed to pieces for hard core to form the foundations of the vestry.

A copy of a photo of the memorial in situ is reproduced here but the inscription is difficult to decipher.